This is my sixteenth Top Ten Tuesday post! Top Ten Tuesday was created and is hosted by The Broke and the Bookish. I have taken a rather broad view of this topic, choosing to pick my favourite romances within books, rather than my favourite romantic novels, because I don’t read many books that could be simply classed as romantic novels. I then narrowed it down by choosing only books that I’ve previously reviewed. Enjoy! 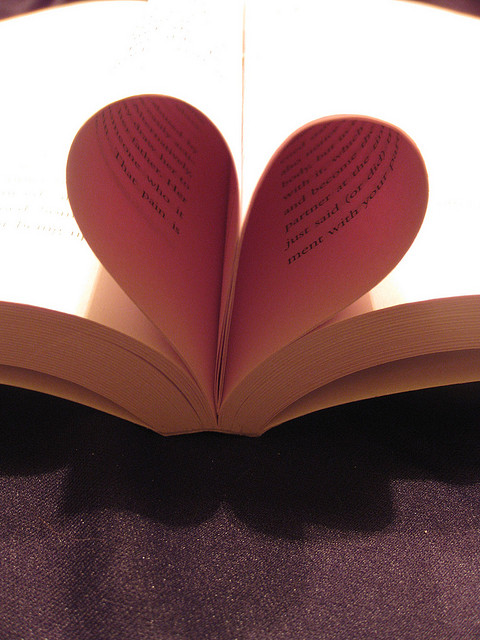 1. Jeane Smith and Michael Lee from Adorkable, by Sarra Manning – Girl dislikes everything boy represents, boy cannot understand girl at all. But their lust for each other starts to overpower their initial reluctance.

2. Ruby and Noel from the Ruby Oliver Quartet, by E. Lockhart – because they’re completely adorable, as frustrating and confused as they can sometimes be.

3. Val and Ravus, from Valiant, by Holly Black – the only Beauty and the Beast retelling that I have read so far that didn’t stink of Stockholm Syndrome, and Val kicks butt.

4. Mia and Adam, from If I Stay and Where She Went, by Gayle Forman – because before the accident they were such a vomitously cute couple, and they proved their love after things got all, well, car crashy.

5. Riley and Dylan, from Everything Beautiful, by Simmone Howell – two unconventional teenagers that meet at Christian summer camp, and go on to combine an adventure with their unusual romance.

6. Naomi and Will, from Memoirs of a Teenage Amnesiac, by Gabrielle Zevin – because he loves her so patiently, even though she is afraid of her feelings.

7. Nicola and Battle, from Empress of the World, by Sara Ryan – because of Nicola’s journey towards self-discovery, and the open ending.

8. Anthea and Robin, from Girl Meets Boy, by Ali Smith – First non-YA book on the list! This is a short book mainly about a) two sisters with very different ways of seeing the world, b) gender, and c) love.

10. Tom and The Perfectionist, from All My Friends Are Superheroes, by Andrew Kaufman – I’m worried that anything I could write here would spoil your enjoyment of this book. So just go read it.

Honourable mentions to some of my other favourite fictional couples: Aria and Perry from Under the Never Sky, Allie and Carter from Night School, Flora and Charles from Cold Comfort Farm (it’s okay that he’s her cousin because it’s a satire, right?), Heather and Morag from The Good Fairies of New York, Frankie Landau-Banks and pranks, Sam from Slam and maturity, everyone and everyone in How I Paid For College, Maria and Michael from Roswell (hated Max and Liz on rewatch, but Maria and Michael forever!!!1one), Seth and Summer from The OC (in honour of my sister), and obviously, Edie and Dylan from the Diary of a Crush books.