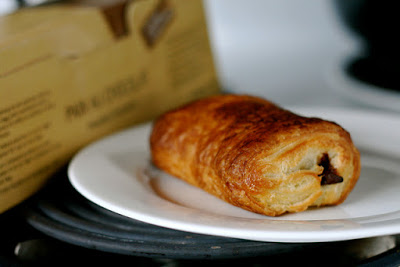 This book is the third in a series and therefore this review will inevitably contain spoilers for the first book, The Boyfriend List, and the second, The Boy Book.

If you thought Ruby Oliver’s life was complicated and dramatic before, just you wait.

This term, Ruby has to:

Become Noel’s bodyguard
Continue trying to be friends with Nora whilst Nora is crushing on Noel
Attempt to evade her mother’s fashion choices
Run a bake sale
Deal with losing her job
Finish her therapy ‘treasure map’ homework
and make a decision about Jackson, who has broken up with Kim, and is taking an interest in Ruby again.

Ruby’s panic attacks are also getting more and more frequent, which was interesting to see her deal with, especially because they are increasingly happening when other people have put her in a difficult position and she doesn’t know how to deal with it. You could argue that in The Boyfriend List, some of Ruby’s problems were her own fault. Yes, she found it difficult to think straight after Jackson broke up with her and got together with Kim, but most of the drama would never have happened if she hadn’t kissed Jackson at the Spring Fling. By this time, Ruby is definitely trying to consider other people’s feelings, what she wants, and how to get it, as Doctor Z reminds her to do.

This means that she starts to stand up for herself and decide what rules she wants to live by, rather than going along with everyone else’s. It was fantastic to see Ruby taking on more responsibility and really starting to be more assertive, making decisions, and telling people how they made her feel. When she was working on the bake sale she even reminded me a little of Frankie Landau-Banks, who, as anyone who has read The Disreputable History… will know, has no problem making decisions and taking action.

I also loved Ruby’s devotion to using the word ‘spankin’, and her fondness for Robespierre, the pygmy goat. I also thought that it was great that we got to learn a little bit more about Dr Z., who has only appeared in Ruby’s therapy scenes in the previous two books. I also, as usual, loved the boys! Noel behaves a bit badly but is still generally wonderful, Finn is really cute (in fact I’m thinking that I might like Finn as much as Noel! Gasp!), and just wait until you meet Polka-dot (heehee)!

I thought that The Treasure Map of Boys was just as good as The Boyfriend List and The Boy Book, if not better. I’m really looking forward to reading Real Live Boyfriends, the last in the Ruby Oliver quartet, especially as it deals with the topic of what love actually is.

If you’ve read The Treasure Map of Boys, highlight below to read some brief thoughts about my favourite part of the entire novel, and please feel free to comment. If you’re reading on an RSS feed this may not work so click away now if you haven’t read the novel!

‘I’m sure you have feelings, Jackson,’ I told him. ‘I just don’t think they’re very deep.’

Reader, I punched the air. What a put down! And so true. Not that I think it’s entirely Jackson’s fault. I mean, obviously he behaves terribly, and doesn’t treat his girlfriends properly. He cheats and declares love when he obviously doesn’t feel it. But it’s not his fault if he’s not cut out to do the love thing, if his feelings for others don’t run that deep. He just needs to realise this, get some independence so he’s not using girls to prop up his ego, and have casual relationships with girls/women who are fully aware of what they are getting into. But still! Go Ruby!

(I told you it would be brief)