Check out my free ecourse Ignite Your Passion for Reading: Fall in Love With Books!
You are here: Home / Archives for contemporary 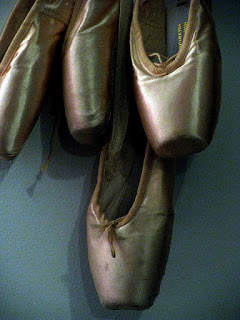 Nineteen year old Hannah has devoted almost her entire life so far to dancing. Now a member of the corps de ballet at the Manhattan Ballet, she spends her nights onstage and her days exercising and practicing in the hopes of becoming an ever better dancer. She dreams of being selected for a solo role – the first step on the path to promotion.

But then she meets Jacob, a cute boy and a ‘pedestrian’ – a non-dancer. As Hannah spends time with him, outside the theatre, she starts to wonder if she is really cut out to be as dedicated a dancer as she planned.

I was really excited about reading Bunheads for three reasons. Firstly, I was fascinated by ballet when I was a child – mostly because of the costumes. Secondly, the protagonist is nineteen, which is unusually old for teen/young adult fiction. Finally, the blurb mentions that Jacob plays guitar and I just can’t resist cute fictional musicians.

I wasn’t disappointed by Bunheads, though it wasn’t quite what I expected. The ballet scenes definitely lived up to my expectations, especially the dressing room scenes. I loved reading about the rivalries and tension between the dancers at different levels. The dancers have to deal with jealousy and the need to be competitive, even against their friends and other dancers they admire. I think that Sophie Flack chose a good range of personalities to include in Hannah’s dressing room cohort. I was really intrigued by wealthy Zoe and excitable, easily-panicked Daisy.

I learned several things about ballet that I didn’t know before, for instance, how dancers break in their pointe shoes, and that was very cool.

I also really liked the way that Hannah developed as a character and progression toward the decision she makes in the end. I had been a little bit afraid, before I started reading Bunheads, that it would be a story about a woman who gives up her career for romance (there are far too many of those going around), but my fears were not realised. In fact – and this is where my expectations divulged from what the novel delivered – the romance wasn’t that big of a factor in Hannah’s mind or in the plot. Jacob is the one that gives Hannah the idea that maybe she’s missing out on something, but she doesn’t do what she does for him, she does it for herself. I was pleased with that.

The only thing I found a little out of place was that although supposedly Hannah has little time for activities outside of ballet, she does a fair bit of designer-name-dropping and says that she found particular outfits in a thrift store. She doesn’t mention fashion as being one of her interests, yet the inclusion of these details suggests that it is. This is only a minor niggle though and I probably only noticed it because I’m into clothes myself and know how time consuming ‘thrifting’ (as they call it in the US of A) can be.

I would recommend Bunheads to anyone who’s ever had an interest in dance. It’s not a novel that revolves around romance but I’m sure plenty of readers would really like Jacob. I’m really intrigued to find out what Sophie Flack writes about next, especially as it seems like Bunheads was at least partly autobiographical!