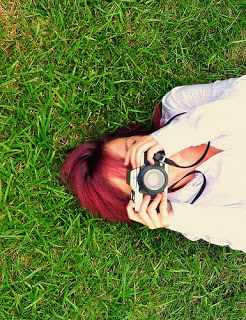 Barbie’s mother used to be a beauty queen, but never made a successful career out of being a model. It is her dream for Barbie to achieve all she couldn’t, and so she drags the little girl to agency after agency, trying to persuade them to take her on. Barbie doesn’t want to be a model, she’s frightened of standing in front of the camera lens, and is more interested in the tiny fairy girl she found one day in her garden, who calls herself Mab. Eventually Barbie’s mother finds a photographer willing to photograph her, Hamilton Waverley, but he has a darker agenda.

Five years later, Barbie is a teenager haunted by what Hamilton Waverley did to her. Her mother spends all day in front of the television drinking, and Barbie sneaks out at night to go to parties. But one night Mab comes along with her, and everything starts to change when Barbie meets Griffin, another model who began working as a child, and Todd, an successful actor.

I have mixed feelings about Francesca Lia Block’s work. The writing is beautiful and there are passages in every book that I want to copy out and stick inside my wardrobe so that I can read them every day, but sometimes the description drowns out what’s actually going on and I find her plots to be too weakly present for me to really be able to get on with them. With some of the stories, like Echo

, I finish reading and I can’t remember what actually happened, or I feel like I missed it. All the one-story books are very short, novellas rather than novels. This makes them easy to re-read, but all the characters and their issues are introduced very quickly and without much detail. The characters are very simply sketched. They’re not stereotypes, but they’re not fully fleshed out either. Francesca Lia Block has some great characters although after a few books I started to notice that she has favourite types to write about, and I find her teenagers more believable than the children. To sum it up, her writing doesn’t place style above substance in the conventional sense, because she deals with a lot of serious issues, but she treats everything with an ethereal touch.

I Was a Teenage Fairy, in my opinion, doesn’t have most of these flaws. The plot is tight and the passages that are just description break it up nicely and add to the atmosphere. Mab is the most memorable character, a beautiful fairy who isn’t very nice. She finds Barbie’s inaction frustrating and hates her mother. She’s also obsessed with men! Barbie is an introvert forced into the spotlight, brought up in a different family, she would spend most of her time reading, studying and thinking. I would have liked to know more about them, but I found them believable and interesting.

Barbie, named after the doll, is a model who wishes she could be on the other side of the camera. She doesn’t find herself beautiful, but other people clearly do. Her mother starts putting her on diets at age eleven, and buys her a Barbie doll for every birthday, wishing that her daughter would look like that. The book is set in Hollywood, and all of Barbie’s friends and acquaintances of the same age are models or actors. Barbie’s body image issues are never directly addressed, but she stops worrying about them as she gains the confidence to be herself and stop doing what her mother wants her to do.

If you haven’t read Francesca Lia Block before, I Was A Teenage Fairy is a good place to start. Fans often recommend you start with Block’s first novella, Weetzie Bat, which is what I did, but I wasn’t sure I liked it until the second read and it didn’t really make sense until I read the other books in the Dangerous Angels

series! I think I Was A Teenage Fairy is more immediately accessible.

Previous Post: « Book Review: The Earth, My Butt and Other Big Round Things, by Carolyn Mackler
Next Post: Three Non-Fiction Suggestions »