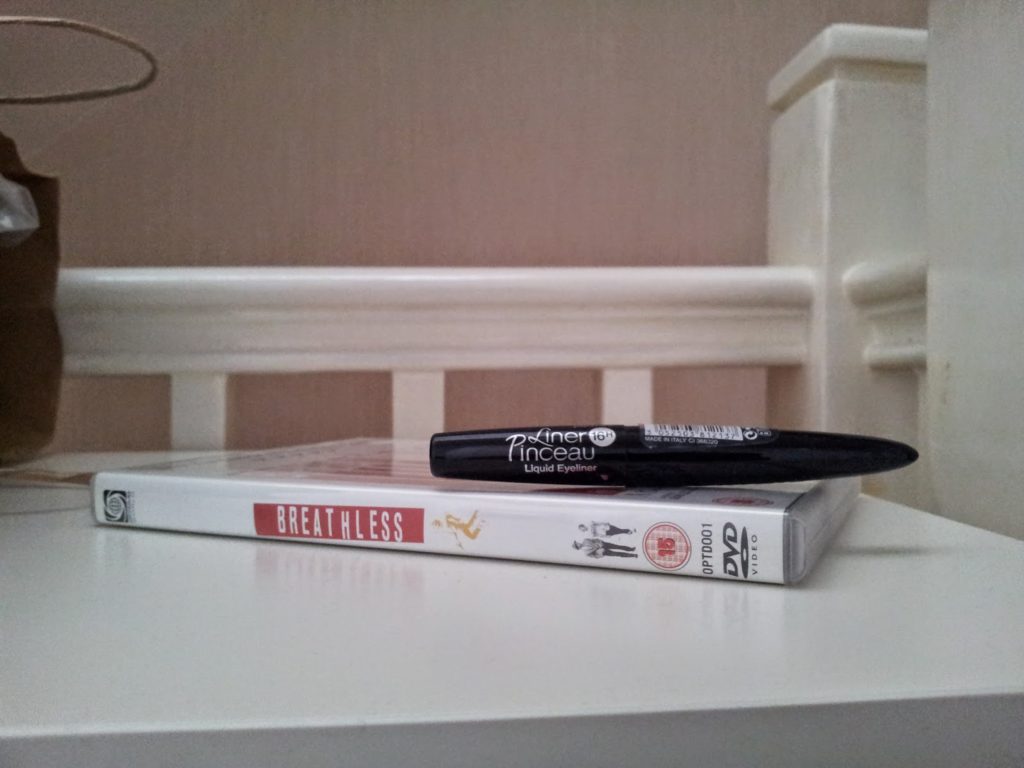 Franny and Alice are two teenage girls stuck in Merrycliffe-on-Sea, a seaside town so boring that it doesn’t even have real hipsters. So far, they’ve survived the interminable dullness by sticking together. Nothing has ever threatened their friendship, even though Alice has an unfortunate habit of pulling other girls’ boyfriends and an romantic-attention-span so short that she’s been dubbed “The Worst Girlfriend In The World”. But now, Franny is going off to college to do a BTEC and pursue her dreams of being a fashion designer, while Alice stays at their old school, all by herself.

At least they still have the weekends, and can keep up their tradition of sneaking their own drinks into Merrycliffe’s dingy, terrible little bar, The Wow, to watch Thee Desperadoes, a band that sounds so bad the girls carry earplugs, but has a gorgeous frontman, Louis. He’s been the object of Franny’s lust for years and she believes that if he got to know her, he would quickly realise that they’re soulmates, and forget all the other girls he’s surrounded with.

And then Alice decides to set her sights on Louis…

I have always loved the little glimpses of friendships that we’ve seen in Sarra Manning’s books – Edie and Shona, Edie and Poppy, Molly and Jane, Isobel and her clique, the Fashionistas girls, etc. They’ve played an important role in character development and fuelled the drama, especially in Nobody’s Girl and Pretty Things. But they’ve never been the focus of the story in this way before.

I was expecting the friendship to be a side plot, while the romance was in the spotlight, because let’s be honest, it usually is, but it was actually the other way around. I was surprised and delighted to find that The Worst Girlfriend in the World is all about Franny and Alice, even when they’ve fallen out.

I say delighted because Franny and Alice are delightful. They’re funny and quirky and believable. They know each other better than they know themselves. And they’re different – Franny dreams of becoming a fashion designer and is obsessed with sixties icons. She is obsessed with being creative and finding ways to stand out from the crowd – but at the same time she’s shy and has never kissed a boy. Alice is mouthy and bold, dresses to look good and attract boys, and wants to be a hairdresser though her parents are making her finish her A Levels. It’s always good to have contrasting interests and personalities and it made the drama seem organic and inevitable.

I loved the other characters too – Franny’s classmates at college are a diverse and interesting bunch, and I thought Thee Desperadoes were hilarious, reminding me of all the terrible bands I saw play as a teenager (luckily I didn’t have a crush on any of their members so I could just leave the room while they “performed”). Franny’s parents are fascinating too – Franny’s mum struggles with mental illness and her dad works as a long-haul lorry driver, so is often absent for weeks and weeks.

Merrycliffe is almost a character in its own right too. I enjoyed the small-town details that made it seem like a place that is both comforting and stifling.

The plot is remarkably unpredictable for a book that’s obstensibly about two girls fighting over one boy – I was never sure what Franny was going to get away with and what was going to lead to more drama, which made it realistic. The romance that develops was signposted pretty early on, but I didn’t mind as there was so much else that did surprise me!

In short: Sarra Manning does friendship. Yours truly swoons.

It’s not often that I finish reading a book and want to start it again straight away, but I wanted to reread The Worst Girlfriend in the World immediately. It was basically perfect.

If you were blessed with a proof copy and you haven’t read this yet, what are you waiting for? If you haven’t got it already preorder it now, or rush to the shops on May 1st.

Have you ever fancied the same person as one of your friends? I never had any Franny and Alice type drama as a) I didn’t really fancy anyone until I was 20, and b) I have really different taste to my friends!

Many thanks to Atom for providing me with a proof.