Today’s post is going to be a little different, as it’s not directly about Diary of a Crush, but is a discussion post about a topic familiar to all DoaC-loving hearts. If you want to skip to the Top Ten, just scroll down until you see the bold and centred heading! 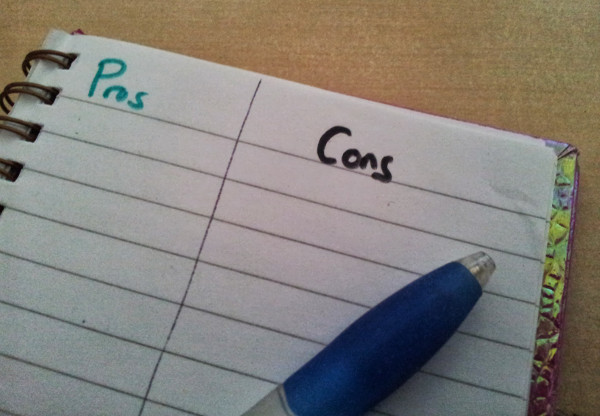 Bad boys and girls! The drama! The suspense! The muscles! The sardonically raised eyebrows! So many of us love them, so many of us hate them. I think that there are, broadly speaking, three types of “bad” love interest in YA literature, though plenty of characters belong to multiple categories.

Type one is the love with a dangerous lifestyle. They may be strong, they may be a good fighter, but they’re always getting into fights, and could drag you into them. You are supposed to swoon over their bulging muscles and readiness to defend your honour. Vampires and other supernatural creatures almost always fit this type.

Type two is controlling, and perhaps manipulative and stalkerish, though they claim to love the narrator and have their best interests at heart. If you read popular books or listen to other people talk about them, you know who I’m talking about!

Type three is the one who claims not to be romantic. This is more of an emotional danger. They don’t do serious relationships. Until they meet the narrator, who appeals to the softer side that they had all along. Any further drama is caused by their fear that they aren’t good enough, due to their history and/or background.

The thing that I think unites all these characters is the danger. Not the danger-in-narrative, that type one could break your heart by getting killed or could get you hurt in the crossfire, but the danger that you’ll romanticise the situation when you meet a potential partner who is actually bad for you.

There are people who are not romantically inclined. While some of them might act as if they have romantic thoughts sometimes, because they think it’s a good way to get people to spend time with them, there are others who are completely upfront about their aromanticism and are good people. But even when someone says outright that they don’t imagine themselves having a romantic relationship ever, it can be difficult to believe them. We see so many fictional characters who claim these feelings and then change their minds that many of us think it’s the natural, inevitable course of events. We assume that everybody has the same definition of love that we do, and that ultimately they will choose to have a long-term romantic relationship, if they meet the right person in the right circumstances (ie. if we love them enough). It’s not scientific fact, or destiny. It’s just an assumption.

I know that some people reading this will say that everyone with a brain should know the difference between fantasy and reality, but sometimes it’s not very easy, when you grow up surrounded by these stories.
I’m not against “bad” boy or girl characters. I don’t find violence attractive, so pure type ones often leave me cold, yet I love a coming of age story in which the characters become better people and learn to accept themselves and the love of another (sigh…where was I?). I just prefer books in which either the narrator avoids a genuinely bad love interest and chooses to roll solo or couple up with someone else, or the author shows us both the romance and the danger. This could be by making the bad love interest a narrator, by including another character with similar traits who doesn’t redeem themselves, or by giving the story a tragic ending. Cue list –

1. In the Diary of a Crush series, Dylan, a type three, is contrasted with Carter, another boy (or maybe man, as he’s 23) who acts caring one minute and callous the next. Unlike Dylan, however, he turns out to be a right nasty piece of work in the end and always appears to be a bit creepy, as he’s TWENTY-THREE (Edie is 17).

2. In Let’s Get Lost, by the same author, the narrator is a bad girl, who tries to hide the truth (including her age) from her love interest.

3. In Spellbound, Emma and Brandon’s (a combo of type one and three), arch-nemesis is another bad boy at school – controlling, egotisical and truly frightening.

4. In The Disreputable History of Frankie Landau-Banks, Frankie’s boyfriend Matthew wants to control what kind of girl she gets to be, and what she is allowed to know about him.

5. Jackson, from the Ruby Oliver series, flits from girl to girl and back again, before and after dating Ruby. She struggles with her feelings for him until book three, when she delivers a withering, straight-to-the-heart-of-the-matter put down that made me punch the air in joy.

6. Cal, from Cate Tiernan’s Wicca/Sweep series, is Morgan’s first boyfriend. He introduces her to the world of magic and tries to convince her that he loves her, but only succeeds until his ulterior motive begins to show and Morgan meets Hunter, who lacks Cal’s easy charisma, but is ultimately a much better boyfriend.

7. Noah is a narrator in Pushing the Limits, so we get to see his thought process and can hypothesise freely about why he’s attracted to Echo. The ending is a bit neat and tidy but I loved the characterisation.

8. In Bright Young Things, Cordelia’s romance with the boy she’s been warned away from has terrible consequences.

9. Surrounded by boys and men who don’t respect girls and women, Jack has to decide whether to join in or opt out, in Leader of the Pack.

10. In Night School, Allie thinks that Sylvain is charming and perfect, until an incident that changes her opinion of him. I’m a bit afraid that this series is heading towards redeeming him, though.

How do you feel about ‘bad’ love interests? What are your favourite books about them?

Writing this post has put this song in my head.

Previously: My review of Kiss and Make Up!
Up next: I review the last book in the Diary of a Crush series, Sealed with a Kiss!