Check out my free ecourse Ignite Your Passion for Reading: Fall in Love With Books!
You are here: Home / Archives for writers I have met

writers I have met 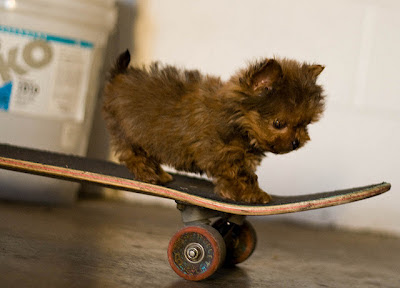 Our heroine, Jeane Smith, is a seventeen-year-old borderline-professional blogger. Jeane has a fair bit in common with real-live fashion bloggers Tavi and Gala Darling, especially when it comes to the activities she gets paid for, but she’s older than Tavi and younger than Gala and she’s British. Really British. She loves all things dorky, writing very opinionated posts, eating Haribo, and watching cute videos of dogs on YouTube. Although Jeane’s career star is on the rise, her parents fund the flat she lives in and she still goes to school, where although it seems everyone follows her blog, they don’t spend any time with her outside of class. Her only friend at school is her boyfriend, Barney, though their relationship isn’t the most romantic – to say the least.

Our hero is Michael Lee, eighteen and toeing the line of conformity with his faux-hawk and Converse shoes. He’s popular and conventionally successful for a teenage boy – good at school and at sports. He lives with his parents and two little sisters and dates the popular and beautiful Scarlett. Everything changes when he starts to suspect that Barney and Scarlett might be having an affair, and decides to tell Jeane.She doesn’t believe him until Barney and Scarlett make their affections obvious and several dramas later, somehow, Jeane and Michael end up kissing. And they just can’t stay away from each other after that…

I’d been excited about this book ever since Sarra first described it, years ago, and as soon as it was announced that it would be published this year, my excitement went into overdrive. Every time I opened a jiffy bag and didn’t find my copy of Adorkable within, I was a little bit disappointed. And then, on the glorious day when it actually arrived, I squealed and did a victory dance. I’m not sure how getting a book you were expecting anyway is a victory, but yeah. It was not much like this. But it was joyful.

I had no idea until I recieved my copy that there would be two narrators. At first I was a bit disappointed, because I often find books written from alternating perspectives to be missing some magic. Either one narrator is a lot more convincing than the other, or the alternating perspective means that I can’t really get into the head of either character properly. However, neither of these issues plagued Adorkable. I liked both Jeane and Michael’s voices and I felt that it switched between them at just the right moments. I also thought that they both developed equally over the course of the novel, so it was well balanced.

I loved Jeane and Michael’s characters – neither of them are immediately nice but I thought that was realistic. Teenagers are not very nice! I was fairly nice and thoughtful for a teenager and I was still a bit of a knobhead 70% of the time. There’s no instalove in Adorkable, as they bicker and fight and bicker some more. I really liked that they were both quite arrogant characters. Jeane is a breath of fresh air in a genre filled with girls in with faltering self-esteem. Both Jeane and Michael’s families feature in the story but their influence is not overdramaticised, which I really liked. Jeane’s family history is sad but she’s not traumatised, it’s just something she has to deal with.

I also adored the secondary characters – especially Barney and Scarlett. I liked that the story was kind to Scarlett – it would have been easy for it to be mean and it wasn’t. There is also a cameo appearance from a couple of Guitar Girl characters. Complete tangent – Guitar Girl characters have cameoed in at least three other books now. When are we going to get some Diary of a Crush cameos? I know Edie or Dylan is extremely unlikely, but how about Poppy? Mellowstar are mentioned in Guitar Girl but she never appears. Or her boyfriend from Sealed With A Kiss, Jesse, because he’s hilarious. Or maybe Darby and/or Atsuko, boy-chasing? ANYWAY…

Twitter plays a pretty important role in Adorkable and I was really pleased with the way it’s presented. It’s not used in a gimmicky way at all, it’s completely realistic in my opinion, and that’s quite refreshing. There were quite a few novelty books published in the early ’00s using text messaging and/or e-mail to tell the stories and happily Adorkable is nothing like those.

Other things I loved in Adorkable include: the dialogue (I heart Sarra Manning’s dialogue, forever and ever and ever), the feminism (particularly in relation to matters of the physical nature, ahem), the descriptions of Jeane’s outfits, and Michael Lee! Although I have enjoyed every book Sarra Manning has had published, no love interest has ever matched the standards of the first. Dylan is still the original and the best fictional boyfriend, but Michael Lee isn’t a bad number two (on the Sarra Manning only list of course, on the All Books list he’s number three, behind Noel DuBoise, obviously). He’s funny and a bit conceited but also down to earth and he’s not afraid to take action. Cue girlish sigh.

It took me about six days to read Adorkable and I have to admit that at times I
was trying not to read it so fast as I didn’t want it to be over! Adorkable surpassed my hopeful expectations and is a book I’m sure I’ll read over and over again. I’ve run out of other things to say so I’ll just finish by saying: if you have the vaguest notion that you might enjoy Adorkable, buy it or borrow it, and read it ASAP!

Many thanks to Atom for sending me a review copy.

Other enthusiastic reviews for your perusal:
Readaraptor (in letter form! I love it!)
SisterSpooky
Fluttering Butterflies
So Many Books, So Little Time
Cicely Loves Books
weartheoldcoat (features some hilarious fangirling I can totally relate to)
Young Adult Anonymous