Check out my free ecourse Ignite Your Passion for Reading: Fall in Love With Books!
You are here: Home / Archives for teenage protagonist in literary fiction

There is a lot of debate about what makes a book YA or teen fiction. I have been deliberately reading ‘adult’ or ‘literary’ fiction about teenaged characters in a bid to work it out for myself.

I think a lot of the time the difference is just marketing, but in other cases, the book has been written in a way that doesn’t fit the conventions of YA. Below, I will go through each of the books mentioned in the above video and explain whether I think it could have been published as YA or not.

I insist very passionately that YA is an age category, not a genre, but nonetheless, books that are sold as YA tend to follow certain conventions. The main one is that the protagonist(s) must be teenagers. If there are shifts in point of view, at no point will we experience the point of view of an adult. I think another convention is that the story must feel grounded in teenage reality. The teenage experience is not a metaphor for something else or a flashback from an adult’s point of view. If you replace ‘teenagers’ with ‘children’ and ‘teenage’ with ‘childhood’, you’ll be describing children’s fiction.

People often say that plot is critical to YA. Teenagers like a clear plot that grabs them and keeps them turning the pages. But so does everyone else. Plot is critical to the successful reception of almost every genre of literature, whether it’s written for children, teenagers, or adults. One notable exception is literary fiction…

Swallowing Grandma, by Kate Long – Could have been YA

This is written in first person – the narrator is a teenager. It is a coming of age novel set in the time that it was written. This could definitely have been marketed as YA, however, none of the author’s other books are YA. Her first novel The Bad Mother’s Handbook was a number-one bestseller, so obviously her publishers wanted to market Swallowing Grandma as adult fiction in order to appeal to previous readers.

The Magic Toyshop, by Angela Carter – Couldn’t have been YA

This deals with many of the same themes as a lot of YA books – coming of age, sexuality, relationships – but it’s by an author whose entire output is classified as literary fiction. It’s full of poetic language and literary allusions and metaphor. It’s magical realism so it’s set in a world that is a bit dreamlike and fantastic, the plot isn’t clear, and the point of view shifts from character to character. In short, it doesn’t really have anything in common with most YA except for the age of the protagonist. I’m not saying that YA fiction can’t contain poetic language and evoke a dreamlike atmosphere but it’s not very common – an example is Ash, by Malinda Lo. I loved Ash but a lot of other readers disliked it, and I think this is because when someone picks up a book that is marketed as YA they expect something that is quite down to earth. Even if it’s set in a fantasy world, it will usually feel very grounded. The reader will be able to relate to the situations that the protagonist(s) gets into and the decisions they have to make. The Magic Toyshop is not realistic and only vaguely relatable!

Five Miles From Outer Hope, by Nicola Barker – Couldn’t have been YA without major editing

First person, narrator is a teenager, very weird. Not quite as weird as Iain Banks’ The Wasp Factory but heading along those lines for a while. Tangent: people I know keep wondering aloud about whether The Wasp Factory could have been marketed as YA – I would say yes, it could have been, it’s got a teenage narrator – but much like with Swallowing Grandma it wouldn’t have fitted the author’s career trajectory. It’s the same with Five Miles From Outer Hope – the author is a literary fiction writer. Also, there’s a time jump at the end, so we see the narrator as an adult, and the whole thing makes more sense from the point of view of an adult. Without that chapter from the adult’s point of view the book isn’t as good. It pulls the whole thing together because there isn’t really much of a plot. It gets away without a clear plot as is because it is literary fiction.

Bonjour Tristesse, by Françoise Sagan – Could have been YA

Bonjour Tristesse was published in 1954, long before the term “Young Adult” was coined. The narrator is a teenager, but at times she seems to be looking back from an older perspective, although the author was only 18 herself when the book was published. I actually read Bonjour Tristesse because Sarra Manning recommended it years ago. I think that if it was being published for the first time today, it could have been YA, if it weren’t for the author’s career path.

The New Girl, by Emily Perkins – Couldn’t have been YA

This is a book with an ensemble cast and only one of them is a teenager. It is a coming of age story but it is also a story about older people and the choices they have made throughout their lives, so it could not be YA.

Let me know what you think – how would you define Young Adult literature? Which adult or literary novels do you think could be published as YA, today? If you’re a writer who writes what might be considered Young Adult fiction, how do you feel about it? 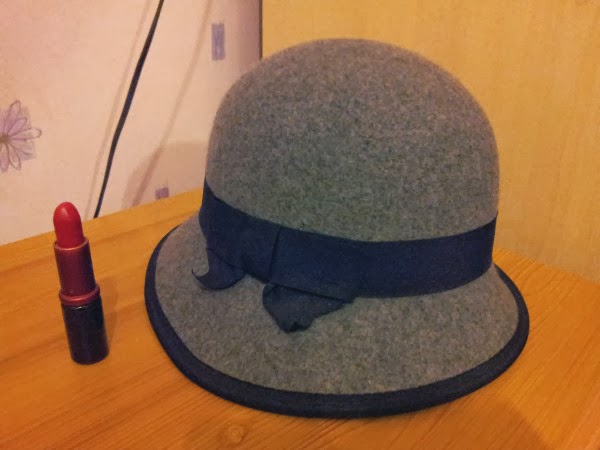 In an unnamed town, during a hot, dry summer, Julia, Chicky and Rachel are celebrating the end of school and waiting for the exam results that will determine their futures, whilst trying to decide what to do next. Although their town is dull – so boring that they sign up to a free class at the local library – it’s a difficult place to leave. Everything they’ve ever known is here, and only Julia really thinks that she might leave, inspired by Miranda, their beautiful, charming new teacher.

But Miranda is no angel, having come to escape the city, and the mistakes she made at university. She seems like a positive influence, a breath of fresh air with big ideas and pretty dresses, but the longer she stays, the more her darker side comes out, and her presence cannot remain benign.

The main protagonists are Julia and Miranda, though the novel cycles through many other points of view. I found them both really interesting. Miranda is a narcissist dressed up in Manic Pixie Dream Girl clothing – black hair, fringe, and all. She enjoys inspiring people and getting them to adore her. She’s convinced that she knows best and doesn’t care about the emotional fallout of her actions. Julia is naïve but intelligent, and she knows that she has to leave the town if she wants to do anything really exciting with her life, though she has a strong emotional connection to her friends and family, especially Chicky, Rachel, and her mother.

I also loved reading about Julia’s mother, Mary, who had Julia when she was young, and is now a kind woman who loves her daughter and husband, but is aware of everything she missed out on by staying in the small town. She struggles with her husband’s lack of interest in their daughter, and with the possiblity that Julia might leave.

There were some characters that I would have liked to read more about, and some scenes that seemed skipped over. When Miranda first comes to the town, she goes to meet the local women, most of them mothers, at a party hosted by the woman who hired her to teach, Gretchen. We only get to read about the party before Miranda arrives, and I would have liked to have seen how it went. I would also have liked to find out more about Chicky and Rachel, especially Chicky, who is brash and brave and yet seemingly content to stay in the town.

I’d like to read more books that deal with these type of issues – books about deciding what to do next, about the mistakes new adults can make when dealing with people who have been adults for a lot longer than they have. If you like the idea of ‘New Adult’ but not the fact that most of the books sold under that category are romances, give this a try and let me know what you think, though it is literary fiction – rather than NA or YA – because the story is sometimes told from the parents’ point of view. If you have any recommendations for me, please do leave a comment!