Check out my free ecourse Ignite Your Passion for Reading: Fall in Love With Books!
You are here: Home / Archives for Louise Fitzhugh 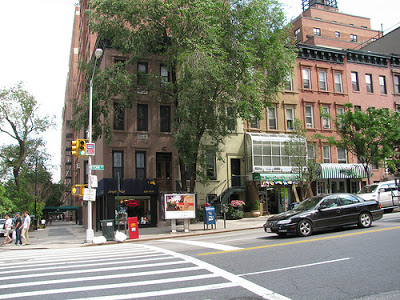 Today is the birthday of one of my favourite childhood authors, Louise Fitzhugh (October 5, 1928 – November 19, 1974). She is most famous for writing the children’s classic Harriet the Spy, however, I haven’t re-read that recently, so I decided to review it next year. Today I am going to review Nobody’s Family Is Going to Change, which I read for the first time last year and mentioned in my guest post on Once Upon a Bookcase for Body Image and Self-Perception Month.

Nobody’s Family Is Going to Change has two main characters, Emma and Willie, an eleven year old girl and seven year old boy from a middle-class African American family. Louise Fitzhugh was writing ahead of her time with this novel, which was published in 1974 – their father is a lawyer and the family cook is white. Emancipation ‘Emma’ Sheridan (what a fabulous name) is passionately in love with the idea of being a lawyer, like her father, but he doesn’t approve of women lawyers. Emma’s mother tells her that she needs to lose weight and grow up to be beautiful so that she can marry a lawyer. Emma watches court programmes on television, reads law textbooks, and fantasises about being older, taller, and winning cases against her father. Whilst wearing a large, dramatic hat.

Willie wants to be a dancer, like his uncle, Dipsey, his mother’s brother. One day he goes to an audition, and gets a part on stage. He is delighted, but again, his father disapproves. Mr Sheridan wants Willie to be a lawyer – he believes that dancing is demeaning. At his age, all Willie can do is beg his mother to intervene on his behalf, but Emma looks elsewhere. One day she finds out about the Children’s Army, an activist group for children, and goes to a meeting, reluctantly hoping to find a solution there.

The title of this book is its own spoiler, in a way. This isn’t a story in which the parents are proved wrong, and everybody ends up all happy and close at the end. Nobody’s Family Is Going to Change is about self-acceptance, and finding other sources of encouragement and support, if those you look to first aren’t willing to give any. The Children’s Army helps Emma, but not in the way she hoped and expected.

I think it’s a great read because the characters are so fantastic yet also flawed. Emma is intelligent and funny but like Harriet M. Welsch, she isn’t sweet, nice, or stereotypically girly. Emma is very angry about her situation, and she takes that out on her brother. She is very critical of herself but also other people, which I think is very true to life. If you are constantly judged by other people and found wanting, it’s likely that you will take that on board and become very judgemental yourself. Willie is more innocent and good-hearted, but his energy and enthusiasm are tiring and annoying for the other people around him.

I think every child should read Nobody’s Family Is Going to Change, because even if their family is perfectly lovely and supportive of who they are and what they want to do, most people will at some point in their lives have to put up with friends, classmates, co-workers or other people, with fixed opinions about what they should be.

If you need more encouragement to read Nobody’s Family Is Going to Change, a one-star Amazon review called it ‘a dangerously subversive book’.

You can find out more about Louise Fitzhugh and her books on Wikipedia and at the fansite Purple Socks.

The podcast This American Life has an episode inspired by this book. You may want to read the book first though, because the podcast includes a quote which I think will have more impact if you read all that’s leading up to it.