Check out my free ecourse Ignite Your Passion for Reading: Fall in Love With Books!
You are here: Home / Archives for London Film and Comic Con

It’s the 22nd August, over a month after the event, and I think I am finally recovering from the whirlwind of bookish wonder that was the first Young Adult Literature Convention! Yes, it’s taken that long. It was just so inspiring and interesting and exhausting…but wait – I’ll start at the beginning.

I packed up my bag on the Friday night with our pretty new Bookish Brits business cards: 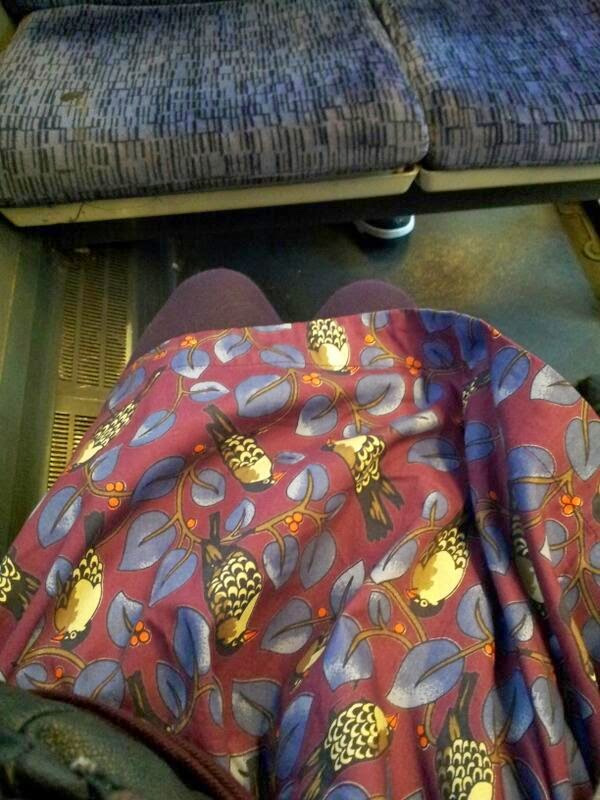 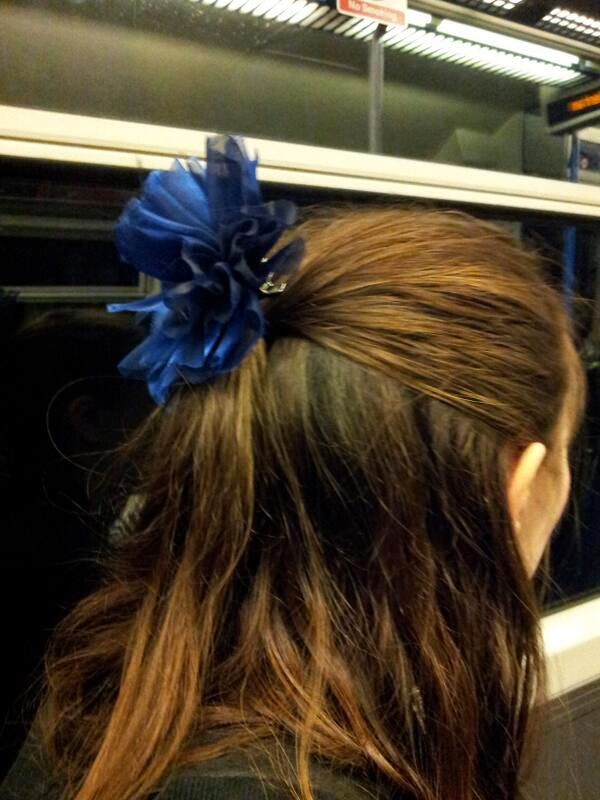 Also on the train I read a lot of tweets about the length of the queue. I had a copy of Red Glove by Holly Black with me, so I wasn’t too concerned about it. But I was not prepared for this (video by Tim Wood):

It felt like I had to walk forever just to find the end of the queue. I thought I’d reached it several times before I finally got to the end. At one point one of the LFCC staff asked me and two girls nearby if it was the queue for Early Bird ticketholders. “I hope so!” was my incredulous response. On the plus side, I managed to read quite a lot of Red Glove as I walked. I also got to see some amazing cosplay that I might not have been able to get such a good view of while inside the convention, as it was so busy.

Finally I got inside and headed for the Book Zone as quickly as I could. But I was stuck in a massive crowd for a few minutes. It was somewhere between moshpit and the Crystal Palace Fireworks for crowdedness. Not great. Eventually I managed to push my way through and marched through stalls and autograph areas until I could get to a) the loos and b) the Book Zone!

The Book Zone was a much calmer, more relaxed area. People were hanging around picking up flyers and posters and badges, chatting, and admiring the fabulous book wall. 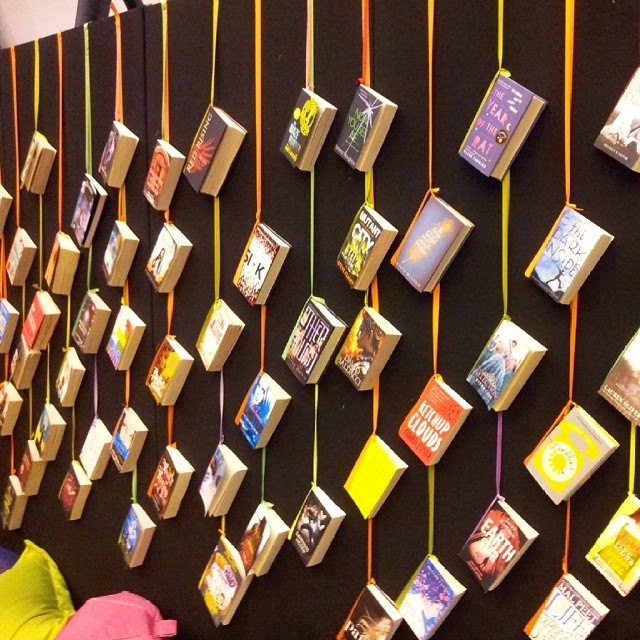 I queued up with the simple dream of collecting a ticket for every panel discussion. I LOVE panel discussions. I may be the number one fan of the concept of panel discussions. Unfortunately I had arrived too late (it was now about quarter to eleven, I arrived at Earl’s Court at about 9:30) to get a ticket for the first panel, It’s the end of the world as we know it: the ongoing appeal of dystopia (with Malorie Blackman, Sarah Crossan, Patrick Ness and James Smythe), but all the others were up for grabs. On the plus side, if you didn’t have a ticket, you were still allowed to stand at the back and watch, which is what I did. The microphones were a bit dodgy during the first panel, so I didn’t hear everything. I did hear most of what Malorie Blackman said, though, and I loved that she had come in costume! 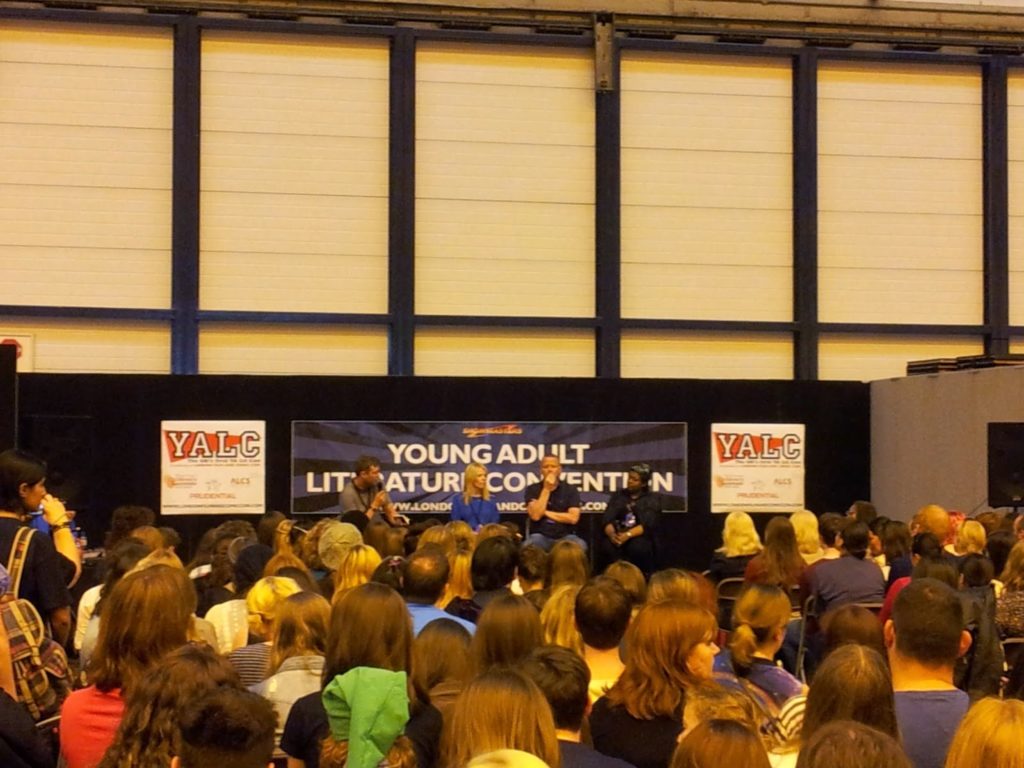 The second panel was Going graphic: from novels to graphic novels with Ian Edginton, Marcus Sedgwick and Emma Vieceli, and chaired by Sarah McIntyre. I sat quite near the front for this one. It was really interesting, all about the process of adapting novels to graphic novels, and how it is different from creating a new story from scratch. I’m currently deciding whether I should write up my notes from the panels and make a post about each one. Let me know if this is something you would be interested in reading.

Superfans unite! was the third panel and one of the most popular panels of the whole weekend, thanks to the presence of the one and only Rainbow Rowell. I actually didn’t take any notes during this panel because it was more of a fun, celebratory Q&A-based event. The audience asked loads of funny, thoughtful questions. The other panelists were Tim O’Rourke and Lucy Saxon, and it was chaired by Andy Robb. Lucy Saxon was dressed as Captain America and she looked AMAZING.

After that panel finished most people went off to queue to get Rainbow Rowell to sign their books but I’d borrowed Fangirl from the library so instead I went to join a very different kind of queue, the almost-as-long queue for the loos. At this point I was also really thirsty and had drunk most of my water, but the queue for the only food and drink outlet was even longer. This was a real problem. I think it was very irresponsible of the LFCC to have only one place where attendees could get water, especially on such a hot day. The queue was still terrible when I left the toilets so I decided to ration out the rest of the water I’d brought with me, and went to sit back down in the panel area.

Thanks to the loo queue I missed at least half of the fourth panel, Regenerating the Doctor: reimagining famous characters, so when I sat down it took me a while to catch on to what the speakers were discussing. What I did manage to hear was really interesting so it was a shame I couldn’t get to listen to the whole thing. It was great that the YALC organisers managed to squeeze so many wonderful panels into two days, but after going to Nine Worlds recently, where there was a half hour gap inbetween panels, rather than the 15 minutes allowed by YALC, I have started to think that maybe it would be better to have maybe one less panel and longer breaks, for the comfort of the people attending.

The last panel I went to was Bring me my dragons: writing fantasy today with Frances Hardinge, Amy McCulloch, Jonathan Stroud and Ruth Warburton, chaired by Marc Aplin. I was sitting next to Imogen Russell Williams during this panel (as I was during most of the panels, because I have great taste when it comes to choosing who to sit next to) and she was telling me before it started how amazing Frances Hardinge’s books are, and I have to say that thanks to that and Frances’ own description of her books I am convinced that I must read them all now! I was too awestruck to even attempt to write down how Frances Hardinge described her work. It was that good a description. She was also really interesting and amusing during the panel. To the library!

I ended YALC day one by going to the Getting started with graphic novels workshop with Emma Vieceli. I wasn’t expecting to learn very much in 45 minutes but it was fabulous and it made me want to draw. The only problem was not with the workshop content but with the fact that the workshops took place in a area off to one side in the Book Zone. It was very difficult to hear the workshop leaders talk because they didn’t have microphones and we were surrounded by all the general convention noise. If there had even been some of those temporary walls around it that might have helped shield it a little. Alternatively they could give the workshop leaders microphones and then people who weren’t taking part could listen in too, which I know a lot of people wanted to do.

After the workshop I joined some other bloggers who were waiting for the last panel to end and for the signings to be over so that we could head for the YALC Fringe event in a nearby pub! I was so excited to drink this. 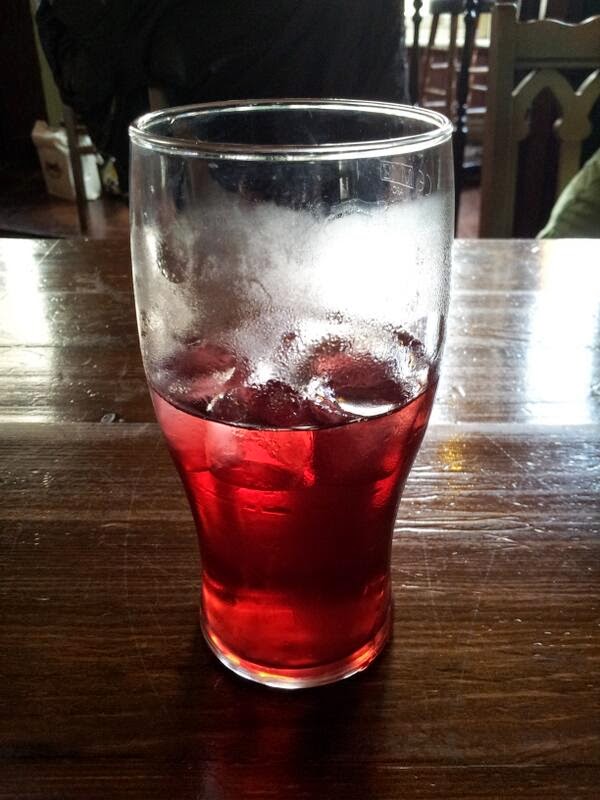 That’s just cranberry juice but I drank it with such delight that it could have been the best prosecco in all the land. I also had several pints of water and a much-appreciated burger. I talked to both bloggers and authors, though not nearly enough of them. I was having a really good time and there were more people I wanted to say hello to but I was suddenly so incredibly tired.

And I knew that the next day, I was going to have to get up earlier and try to get there a lot earlier so that I could be sure of getting a ticket for every panel this time. There was no way I was going to miss out on tickets for the I’m too sexy for this book! panel, or the Sisters doing it for themselves panel, or for Holly Black & Sally Gardner in conversation…

I decided to say goodbye to as many people as I could and sneak out before I could fall asleep at a table and drool on somebody’s raffle prize (books, natch). I went home, set my alarm for quarter to six (!!!), and went to bed.

I’ll leave you for today with my eighteenth Bookish Brits video. It’s a bit long, but it summarises (errr..sort of) everything I could possibly have to say about YALC! Good, bad, and hopeful 🙂