Check out my free ecourse Ignite Your Passion for Reading: Fall in Love With Books!
You are here: Home / Archives for fairy tales 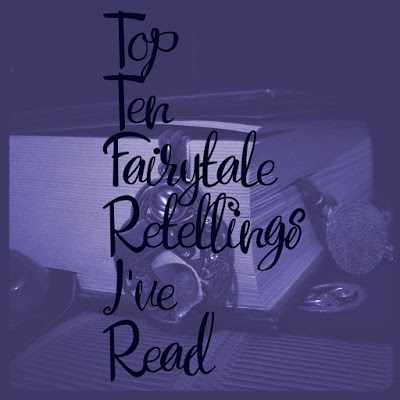 This is my seventeenth Top Ten Tuesday post! Top Ten Tuesday was created and is hosted by The Broke and the Bookish. This week’s topic is ‘Top Ten Favourite Characters in X Genre’, with the X being whatever genre you chose. Firstly, I considered writing about contemporary YA, but I decided that I write about contemporary YA almost all the time, so I’d do something different this time around! I’m not sure that ‘modern fairy tales’ or ‘fairy tale retellings’ are genres in their own right, but it’s my topic, and I’ll write what I want to, and just hope you enjoy reading the post and check out some of the books! 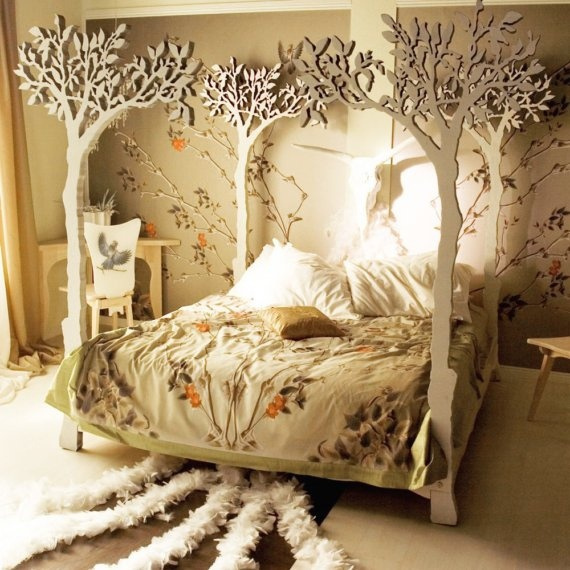 Photo by Wicker Paradise
How amazing is this bed‽ It would be the perfect place to lie while reading even more fantastic modern fairy tales and retellings.
Top Ten Favourite Characters in Modern Fairy Tales and Fairy Tale Retellings

2. Rosie from Spindle’s End, by Robin McKinley – Rosie was born a princess, but was cursed by a witch to prick her finger on a spindle on her 21st birthday and fall asleep forever. To avoid this fate, she is taken away by a clever young fairy to grow up in a small village as an ordinary girl. I really liked Rosie. She deals with the situations she finds herself in really well, and she can talk to animals!

3. Clara, from Ash, by Malinda Lo – not the heroine this time, but a background character that I liked and found really interesting.

4. The dog from ‘The Princess Who Stood On Her Own Two Feet‘, by Jeanne Desy (also found in Don’t Bet on the Prince, edited by Jack Zipes, and The Oxford Book of Modern Fairy Tales, edited by Alison Lurie) – because he loved her then.

5. Ellie, from Avalon High, by Meg Cabot – does a King Arthur retelling count? Anyway, I really liked Ellie. She’s courageous and won’t stand for the nonsensical idea that she’s the reincarnation of tragic Elaine, rather than someone much more powerful.

6. Granny, from Fire and Hemlock, by Diana Wynne Jones – she’s so much better than either of Polly’s parents!

7. Little Red Riding Hood from Revolting Rhymes,by Roald Dahl – You have to respect a little girl that pulls a pistol from her knickers and shoots the wolf dead. Or at least fear her. The way in which she ‘helps’ the Three Little Pigs is erm, unorthodox as well.

8. The witch, from ‘Prince Amilec’, by Tanith Lee (found in Don’t Bet on the Prince, edited by Jack Zipes, and The Oxford Book of Modern Fairy Tales, edited by Alison Lurie) – She breaks all the witch stereotypes, and is very crafty.

9. Val, from Valiant, by Holly Black – Val has many flaws, but she ultimately manages to make the right decisions and fight for what is important.

10. Jacky, from Jack, the Giant Killer, by Charles de Lint – a young woman who discovers not just a whole world of magic, but also her own personal power.

Who are your favourite fairy tale characters, whether traditional, re-told, or modern?