Check out my free ecourse Ignite Your Passion for Reading: Fall in Love With Books!
You are here: Home / Archives for childrens 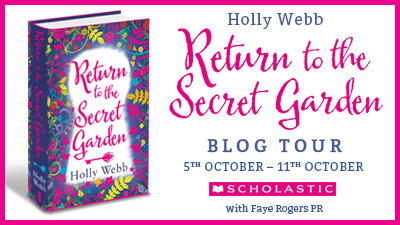 Tiffany Aching’s witch training is going pretty well until she is taken to watch the Dark Morris, the opposite of the better-known spring time morris dance, performed to bring the winter to the land. Bored and distracted, she finds herself giving into temptation and joining the dance, where she comes to the attention of the Wintersmith, an elemental, and he falls in love with her, threatening to plunge the world into eternal winter if she cannot work out how to stop him.

But this isn’t all Tiffany has to worry about – her current mentor, Miss Treason, is a witch feared by many, a woman shrouded by legend – skulls and spiderwebs decorate her house, there’s allegedly a demon in her basement, and she has a clock instead of a heart. And of course the Nac Mac Feegles are still protecting her, stealing food, and reading her diary…

It has been a few years since I read the previous Tiffany Aching book – A Hat Full of Sky – and I found that I remembered characters better than plot details, so I did have to read the Wikipedia summaries of the previous two books. However, I wouldn’t worry about having to do this as there aren’t that many references to the previous two books – the most important thing you need to do to enjoy Wintersmith is to remember who everyone is!

With characters this memorable, it’s not a struggle at all, and for me Wintersmith was all about the characters. If I remember the other books correctly, I preferred the plots of the last two, but Wintersmith would be well worth reading just to learn more about the witches and see more of the Feegles! I loved all the little details that are thrown in because they’re funny, even if they have nothing to do with the plot – like Horace the living cheese.

I hope you enjoyed this review – do check out the other #terryprachettblogtour posts. Now, I really must read I Shall Wear Midnight soon…