Check out my free ecourse Ignite Your Passion for Reading: Fall in Love With Books!
You are here: Home / Archives for Carolyn Mackler 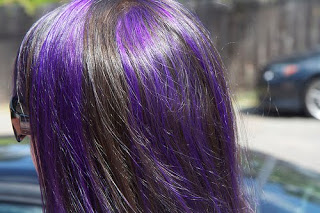 Virginia Shreves feels like she doesn’t fit into her apparently perfect family. She could just about cope with being ignored when her sister Anais and her best friend Shannon were around, but now she’s alone. Virginia has no one to sit with during lunch at school, so she hides out in the toilets. She is convinced that Froggy, a boy she has regular kissing sessions with, would never want anyone to know about their relationship. Then one day in the girls’ bathroom, she hears one of the most popular girls at school saying that if she were as fat as Virginia, she’d kill herself. Miserable and desperate for things to change, Virginia decides to put herself on a diet. Her parents encourage her, and her mother even takes her to the doctor to see if he has any suggestions. Then one day, her parents get a phone call from her brother Byron’s university and everything starts to change.

Body issues are the focus of The Earth, My Butt and Other Big Round Things

, although it is fairly complex with sub-plots and a wide variety of characters.  I thought the characterisation was great and the plot was really well done. I could relate to Virginia’s social anxiety, especially the hiding in the loos part, I used to do the same thing when I didn’t have anyone to sit with at lunch or was just feeling especially anxious around people. I thought it was interesting to see a teenage character stand up to parents who don’t appreciate or believe in her. I’d have liked a little more of Froggy – but it’s good that the love interest didn’t take centre stage in Virginia’s mind. She seemed to be most influenced by the opinions of her parents and the popular Bri-girls.

I really liked the scene in which Virginia’s mother takes her to see Dr Love and whilst she keeps talking about weight and the way Virginia looks, Dr Love tells them that what is important is health – and that Virginia is probably perfectly healthy. Virginia’s mother is very superficial and I hated her! I longed to jump into the book and give her and Virginia’s father a really stern talking to. I nearly cried when Virginia described how much she longed to have a closer relationship with her brother. This book was a bit of an emotional rollercoaster, and I liked that. I find it excruciatingly painful to read about bad familiess, but it keeps me reading on because I want to see their child escape them.

This is the second book I’ve read by Carolyn Mackler, the first was Love and Other Four-letter Words

, and there is a cameo appearance of two characters from that book in The Earth, My Butt and Other Big Round Things. I’m looking forward to reading the rest of Carolyn Mackler’s novels. I don’t know whether the author names them herself or whether the titles are chosen by an editor, but they’re all really eye catching!

I loved that Virginia discovered a love of purple in the end – the best colour in the world, and if you can match your hair to your dress go for it!

The cover was discussed here at Once Upon a Bookcase.