This week is a ‘Fandom Freebie’, which means you make up your own title and theme. Trouble is, I don’t think I’ve been properly been in a fandom for years! I never really ‘got’ tumblr, and I have far too many varied interests to properly dedicate myself to any one fandom. However, this wasn’t always the case, and there are plenty of fandoms I’m on the periphery of! So without any further ado…

Top Ten Fandoms I’ve Been In (Sort Of)

1. Before the word “fandom” was a twinkle in the internet’s eye, I was a massive fan of Buffy the Vampire Slayer. I spent hours on forums discussing episodes and telling Riley fans that they were wrong. I acquired a Buffy bag, t-shirt, pen, chess set, and a massive collection of tie-in novels. When I first met my best friend, we bonded over our love of the Tales of the Slayer short story collections and the idea that the slayer could be any girl anywhere throughout history. 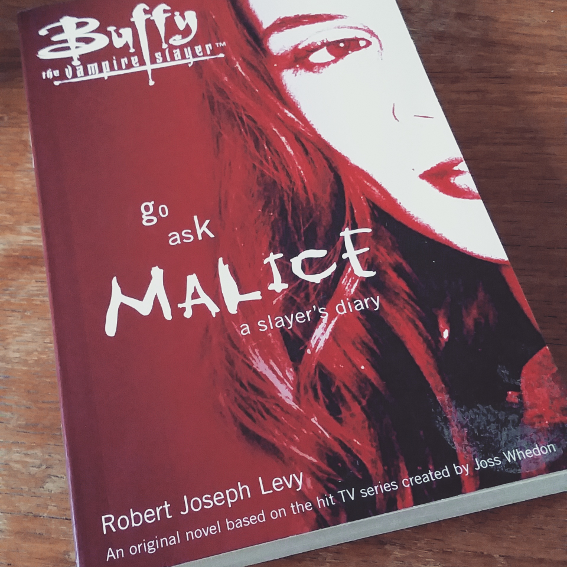 I picked this book up recently as I love Faith. It could be best described as ‘so bad it’s good’

2. Around the same time, I was kind of pushed into Dragonriders of Pern fandom by my best friend at school, after she discovered an RPG set in the world of the series. Yeah, I read the books so I could join an RPG, what of it? The Pern books, in retrospect, are extremely problematic and full of plot holes, but they’ll always have a place in my heart because of the dragons. I roleplayed on various Pern forums (and in other worlds – I used to DM a Buffy RPG) for about four years, finally quitting when I decided I’d had enough of writing in someone else’s world. Since then, I haven’t even written any fanfic, with one notable exception:

3. I started writing a Skins fanfic years ago and never finished it. Yes, Skins. I wasn’t generally a fan of Skins, but I loved series five. It is the best, most underrated series, in other words, the only one I actually liked! Series five had me spending hours in the Skinsfans Livejournal community, and even writing (half of) my only fanfic! Series six is the reason why I never finished it. In fact, I never finished watching series six. I still have a lot of rage about this show and the way it threw all our hopes in the bin…

4. On the subject of Livejournal, I used to be in the Pushing Daisies community, but my favourite posts were the fashion ones. Chuck basically revolutionised my wardrobe – I loved her clothes so much that I wanted to copy them, and that’s how I ended up with a collection of brightly-coloured vintage-styled dresses and big hats. It’s got to the point that I actually forgot that Chuck started it all until I saw someone else mention that she’d inspired them, and I thought back and realised that Pushing Daisies is where my style started. 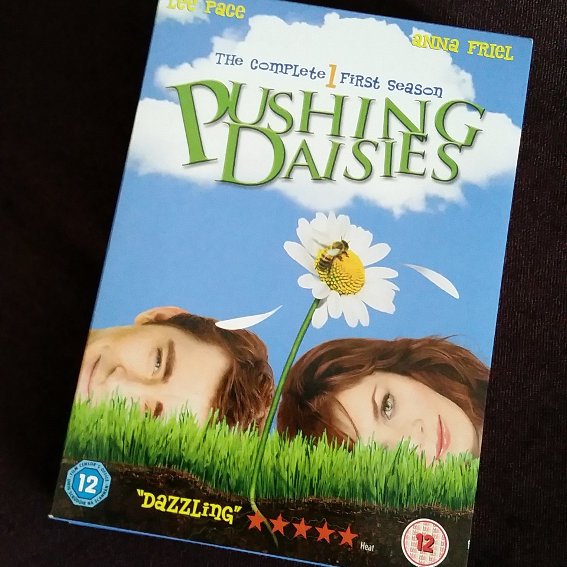 5. On the subject of clothes, you could kind of say that I am in the fandom for the clothing company Emily and Fin. I own a lot of their dresses and I’m in a Facebook group that is officially a “swap and sell” group, but I have never actually swapped or sold anything there! It’s not just for sales and trades, it’s also for fangirling over new releases and sharing outfit photos during themed “Emily and Fin Week”s. 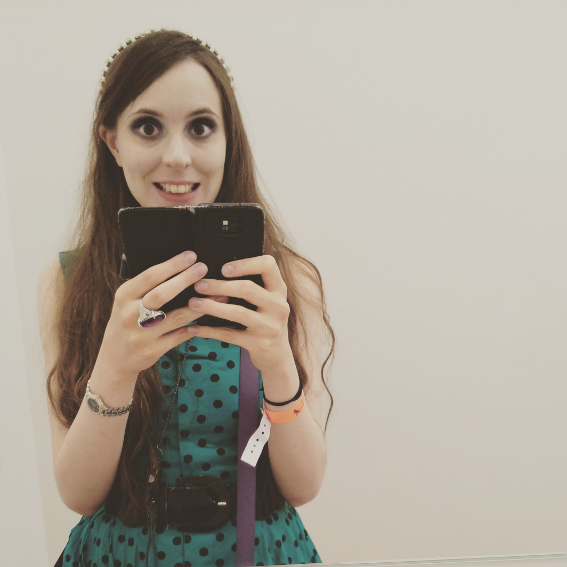 6. About five years ago I was really into the indie makeup world. I spent a lot of time looking at other people’s collections on the internet, sharing tips, and shopping from tiny companies in the USA. Alas, soon my collection got so large I decided to start cutting it down, and I stopped following indie makeup blogs and participating in forums to avoid temptation.

7. Back to TV, when I was in my early teens, I used to watch a programme called As If  on Channel 4 on Saturday mornings. It was a British TV show following a group of teenagers at college, but it was at least as unrealistic as its US equivalents because most of them lived in flatshares rather than with their parents! AT 16! IN LONDON! Anyway, despite the rampant inaccuracies, I loved this show, and years later I was thrilled to find a message board devoted to it. I quickly learnt that it was never destined for DVD because all the music rights would be too expensive. If it was made now, they’d probably just replace all the music like they did with Skins, but it was so old by the time DVD became a thing that the C4 execs thought it wouldn’t be worth it. Anyway, we all just moped around on the board complaining about not being able to rewatch it, until one day someone from the Spanish As If fandom came to our board and told us that As If was still being repeated on Spanish TV, and someone had put it on YouTube! I was over there like a shot. ¡Muchas gracias, los aficionados As If español! (And apologies for my mangling of your language)

8. Harry Potter fandom is such a massive thing I’m never sure if I can describe myself as part of it. I love the Harry Potter books and films and I own several pieces of jewellery inspired by them. Every time I see photos from the Studio Tour I start to feel absolutely desperate to go again. But I don’t follow any podcasts about it (yet) and I’ve never read much fanfic or been to a specific fan convention or meetup. Still, just knowing that community is out there is amazing, and whenever I dip a toe in I’m overwhelmed by all the love. It’s definitely my favourite fandom. 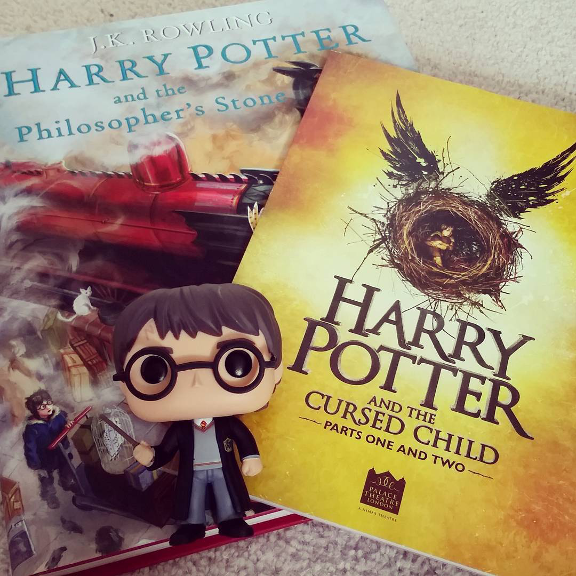 9. I have enjoyed the few comics and graphic novels I’ve read, but I am glad I’m not properly in the comics fandom! I like hearing about it from the outside (my partner is a massive Spider-Fan) but there are so many controversies that it sounds a little overwhelming. 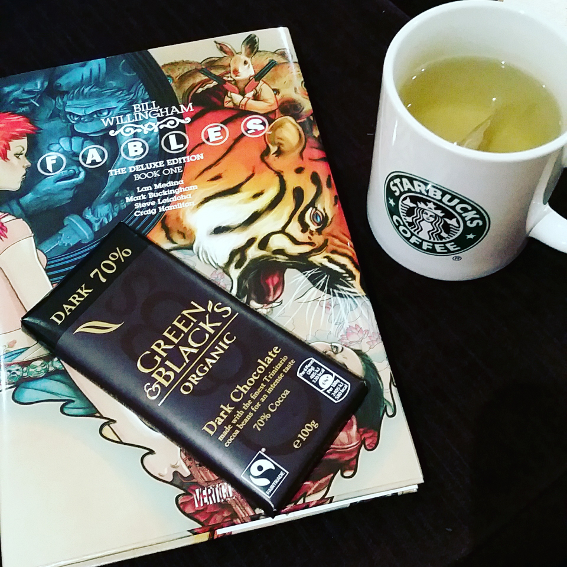 10. As a book blogger/tuber that mostly covers YA, I’m definitely in the general YA literature fandom, but as someone who isn’t a massive fantasy fan, I feel like I’m a bit on the sidelines. I like fantasy, but contemporary YA is my favourite genre, and that just doesn’t seem to have so much of a community – and there’s far less cool merch!

Let me know in the comments if you’ve ever considered yourself to be part of any of these fandoms, what your favourite fandom is, and if you’ve participated in this week’s Top Ten Tuesday.