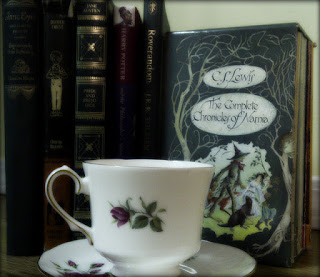 Also, I am going to try to credit my sources when I didn’t just find a post or article myself via RSS feed or e-mail newsletter, or the publisher’s twitter. Previously, I’d just bookmark the piece and by the time I got around to putting my Monday Amusements post together, I’d have forgotten how I discovered it. From now on I will bookmark the relevant tweet or Facebook post instead, so that you can find and follow interesting people too!

Now, onto today’s link selection! I’m afraid I don’t have any favourite reviews this week as I’m very behind on my RSS feeds, but this means that in a fortnight I will have a bumper selection!

I don’t go to performance poetry events very often, but I’ve enjoyed every one I’ve attended. ‘Is poetry the new comedy?’ (The Telegraph) is not a particularly original piece (I’m sure the Evening Standard publishes something similar about once a year) but I chose to include it as it includes a couple of videos that are a great entry point to exploring the range of poetry videos on YouTube.

’10 Literary Board Games for Book Nerds’ includes some games that sound interesting, and others that just sound surreal (the Animal Farm one). I’m kind of sad that it doesn’t include A Game of Thrones, because that’s what I’m probably playing right now as you read this. No really, I scheduled this post on Saturday so that I wouldn’t have to interrupt my game plans (pun intended).

Jo visits the place where YA love interests are grown, in On Writing: The Boy is Mine, a hilarious and thoughtful post! Make sure you read the comments, as lots of people have added interesting opinions. The same goes for the responses to SisterSpooky’s brilliant post about the relationship between bloggers and publishers. I’m not just saying this because I commented on both. Other people have said good things too!

‘Jane Austen: Strictly Ballroom’ is a really interesting piece with a terrible title, which describes the social rules and types of dance at Regency balls. I didn’t realise that the dances were so energetic!

As someone who found 14 notebooks in one cupboard during one clearout session a few weeks ago (REALLY), I can appreciate Liz De Jager’s post showcasing notebook collections. (Via @cloverness)

The ladies behind Makeshift Bookmark have now retired from blogging, but I would like to share one of their best discussion posts, All My Reviews Sound the Same. I know I will be referring to the comments over and over again for ideas to keep my reviews from getting stale, and for a good laugh.

This now fully-funded Indiegogo campaign will fund the production of the manga series of Julie Kagawa’s The Iron King, which I reviewed recently. You can still contribute to receive the pretty cool perks.

Finally, ‘Lovesick and Tired: Unnecessary Romance in YA‘, an incredibly excellent article which I discovered thanks to a link posted by E. Lockhart on Twitter. It led to some really interesting discussions on Twitter, which I would recommend reading if you can get over to @elockhart quickly enough! As much as I love a good romance, I’ve read some books in which the romance seems tacked on because the author thought they had to include one. If the characters are dating but barely seem to have two thoughts about their developing relationship, I don’t think the book is really doing it justice, and it would have been better not to include the romance at all, or perhaps to just hint that it happens after the end of the book. YA books shouldn’t have to involve romance. Real teenagers are not always involved in a romance. Some teenagers are never involved in a romance! We should be trying to show them that their lives can be fun and interesting and meaningful too.

What did you think of this week’s list? Do you agree with my thoughts on YA romance? Do subscribe if you enjoy my link selections, and feel free to explore the archive!

Previous Post: « Book Review: I’d Tell You I Love You, But Then I’d Have to Kill You, by Ally Carter
Next Post: Book Review: Pushing the Limits, by Katie McGarry »