Warning: this book is the second in a series, and will inevitably contain spoilers for the first book, French Kiss 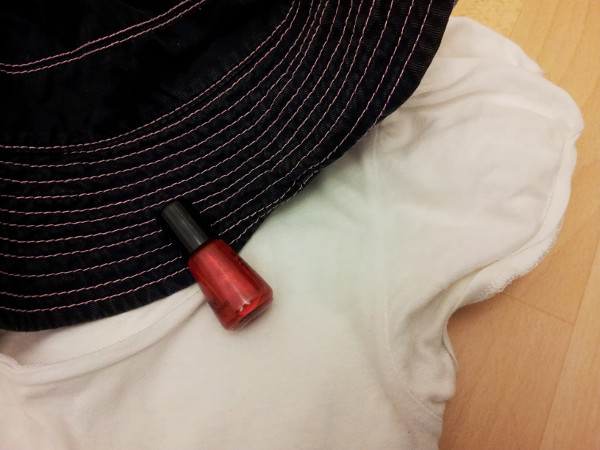 Edie has achieved what she once thought impossible – Dylan is her boyfriend! Unfortunately it’s nothing like she anticipated – he’s still moody and difficult and sometimes she misses the time when they were just friends.  But when her trust in him is shaken and they break up, she’s heartbroken. Just when Edie thinks she’s over it all, she meets Dylan’s beautiful, controlling new girlfriend Veronique, and becomes determined to get him back again – until Veronique’s sly, brother Carter takes an interest in her…


Kiss and Make Up is my favourite of the series to re-read; French Kiss‘ darker, deeper and naughtier elder sister. The college drama is replaced with personal angst as Edie tries to make up her mind about what she wants from Dylan. Yet again, Edie tries to date somebody else, but she struggles to stop cheating on the standoffish, smug Carter with Dylan, and lets Dylan cheat on Veronique with her. In most stories, I can’t stand cheating, but Veronique and Carter are both such fantastically horrible people that I don’t mind. There are few bad book boyfriends (although he refuses to let Edie call him her boyfriend) as secretively vicious as Carter, and his sister Veronique is an extraordinarily evil drama queen. They make excellent antagonists, and I just love reading about the havoc they wreak.

I don’t think that it’s quite as fast-paced as French Kiss, and the relationship drama does spin in circles for a while, eventually reaching an uncomfortable plateau right before the music festival, when of course it all kicks off again. Some of the secondary characters from the previous novel take on a more minor role (Nat, Trent, and to some degree Shona), but Edie finds a new best friend in wannabe-rock-goddess Poppy, whose entourage includes boy-mad bandmates Darby and Atsuko and shy, sidelined little-sister Grace (the girl who has a diary novella of her own).

If you loved French Kiss, you’ll probably love Kiss and Make Up – it’s got more angst, more lust, nastier villains and some undeniably hilarious moments. What Edie writes after meeting Veronique makes me burst out laughing every time!

There should be more books set at music festivals. I’ve only read two, ever – this and Festival, but it makes a great setting and a convenient method of getting parents out of the way!

This review is based on the 2004 edition – there may be minor changes in the 2013 release.

Previously: I played dress-up Edie!
Next up: A discussion post and a Top Ten Tuesday all about toxic boys!

Previous Post: « Today’s post for Diary of a Crush Week…
Next Post: Don’t You Know That They’re Toxic? – A Guide to Bad Love Interests (and Top Ten Tuesday) »