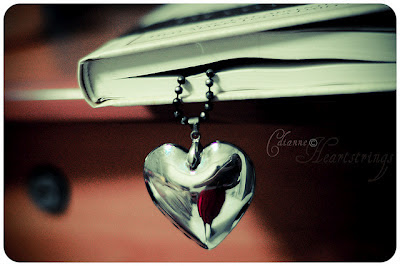 This is my ninth Top Ten Tuesday post. Top Ten Tuesday was created and is hosted by The Broke and the Bookish. I really like this week’s theme – what a great excuse to remind myself of some of the wonderful books I’ve read since I started blogging. This list is in chronological order as I found it easiest just to go through my posts and pick out my favourites.

1. All My Friends Are Superheroes, by Andrew Kaufman
All Tom’s friends are superheroes. In fact, there are 249 superheroes in Toronto, including his wife, The Perfectionist, and her ex-boyfriend, Hypno, who hypnotised her on their wedding day so that she could no longer see, hear, or feel Tom. Now they are both on a flight to Vancouver, where The Perfectionist plans to start a new life, believing that Tom left her. He only has until the plane touches down to convince her that he’s there and save their relationship. It’s adorable, clever, lovely and funny, and you should read it. I really need to rewrite my review though, it was only my sixth on this blog and I think I’ve gotten a lot better since then.

2. Notes from the Teenage Underground, by Simmone Howell
Chock full of cool cultural references, Notes is about a trio of teenage girls, primarily the sidelined Gem, that embark upon a project each summer. This year their theme is ‘Underground’ – which leads them into all kinds of trouble. I spotted this book on a library shelf, and intrigued by the title, I took it home. I’d never heard of Simmone before but after this, I devoured her second book, Everything Beautiful.

3. Memoirs of a Teenage Amnesiac, by Gabrielle Zevin
Naomi Porter falls down the steps outside of her school and when she wakes up in hospital, she has forgotten the last four years. She no longer remembers her boyfriend, her parents’ break-up, her sister, why her best friend is her best friend, or why she cared about any of the things that sixteen-year-old Naomi supposedly cared about. This is a whirlwind of a book – believable but surprising.

4. Nobody’s Family Is Going To Change, by Louise Fitzhugh
Just going to quote my full-length review: “Emancipation ‘Emma’ Sheridan (what a fabulous name) is passionately in
love with the idea of being a lawyer, like her father, but he doesn’t approve of women lawyers. Emma’s mother tells her that she needs to lose weight and grow up to be beautiful so that she can marry a lawyer. Emma watches court programmes on television, reads law textbooks, and fantasises about being older, taller, and winning cases against her father. Whilst wearing a large, dramatic hat.”

6.  If I Stay, by Gayle Forman
Beautifully written story about Mia, who has to decide whether she wants to live or die after her parents are killed in a road accident. I cried multiple times.

7. Valiant, by Holly Black
Val runs away from home when she catches her boyfriend going to bed with her mother and finds herself living in New York City with street kids that take faerie drugs. Dark, atmospheric, and generally amazing.

8. Journey to the River Sea, by Eva Ibbotson
Wonderful children’s fantasy adventure featuring bright orphan Maia and her governess Miss Minton, who is essentially me, except that I don’t think I could stand being a governess.