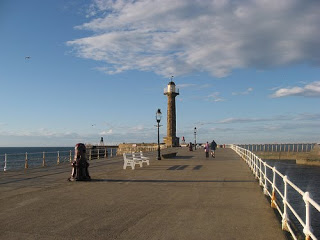 17-year old Cat Meredith has a difficult life in London with her mother, Bianca, an actor, beautiful, glamourous, but self-absorbed. For most of her life, she and her little sister, Ana, lived with Cat’s grandmother, but when she passed away, they had to move into their mother’s flat. Bianca is highly emotional and pays little attention to the needs of her daughters. Cat has to work as much as possible at a local shop just so she can earn money to pay for basic things that they both need and Bianca has forgotten about. Cat had a boyfriend, Tim, but he went off backpacking, and has failed to phone her since.

But the most annoying thing is Bianca’s current lover, Hugo. He has Bianca wrapped around his little finger, and when one night they go out but he comes back, having told Bianca he forgot his wallet, and tries to seduce Cat, she can’t help telling him how much he irritates her. Big mistake. Hugo walks out of the flat, never to return or bother to tell Bianca he was going. Newly-single Bianca decides the best thing is for them all to leave London.

So Cat finds herself in Yorkshire, in need of a new job, new friends, and new love interest…

This is a pretty quick read, a small paperback, designed for the impatient teenagers of the world I think! The characterisation was very good and and I got emotionally involved in the story quickly, which unfortunately was why it disappointed me. There is a lot of conflict in Cat’s life, and she has difficult relationships with all her relatives – as well as her mother, she has problems with her sister, who is highly dependent on her and is 11 but acts like she’s four most of the time and her father. I expected the novel to resolve some of these issues, or for these relationships to at least change fundamentally, but they don’t. When I put the book down, I realised with considerable dismay that it had ultimately been a romance with a bit of family drama thrown in. At times Cat’s life just gets so bad I wondered when she was going to explode, and she never did. I wanted the family issues to be dealt with. They took up so much of the book, I felt cheated by the rather flat conclusion. This may have been down to publishing restrictions, the author might have had to rush the ending. Either way it is a shame as I enjoyed what I read until the ending, which seemed to come far too soon, without covering all the ground the book should have.

I would recommend this book, it is very well written despite the issues I have outlined above, but bear in mind that it will be a romance in the end! Like I said above, the size makes it ideal for teenagers with a short attention span, and teenagers will probably not mind so much about the ending. It is out of print at the moment, as far as I can tell, but can be bought from Amazon Marketplace and other stores that sell second hand books.